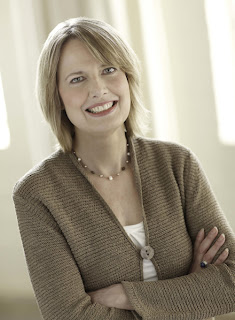 FIRST MAGAZINE JOB: City Desk copy editor, The Globe and Mail. “I interned and grew up at The Globe.”

WHAT ELSE SHOULD WE KNOW ABOUT YOU, GWEN?
Previous positions include editor-in-chief of Elm Street, assisstant managing editor at Maclean’s, deputy managing editor of The Globe and Mail.

“We launched our U.S. edition of Allergic Living magazine this spring. Exciting times for a small team of Canadian magazine people.”

WHAT MAKES A GOOD EDITOR?
It does not start with opening a writer’s first draft. To me, being a good editor begins with a talent for finding great stories. Now throw in a visceral dislike of the predictable, and you’re starting to cook.

A good editor is always on the lookout for articles that surprise, break new ground and make readers want to debate at the dinner table. That editor knows which writer can develop that seed of an idea into a great story. Pair the idea and the talent, and everything is possible.

FAVOURITE PART OF BEING AN EDITOR?
There are two: working with a writer on a great story, and packaging.

WHAT ADVICE WOULD YOU GIVE TO EDITORS JUST STARTING THEIR CAREERS?
Show initiative and don’t be shy about bringing ideas forward. Just make sure they’re developed enough to present in a story meeting.

Whether online or on the subway, develop an eye for trends and issues and keep running notes on possible stories. A big part of story development is just paying attention.

A third point would be that once you get to the level of assigning, look for good pitches but don’t feel beholden. If an article doesn’t suit your magazine or your lineup but you think the writer is talented, try that person on a different assignment. Magazine real estate is too valuable to give over to stories that are “not bad.”

MOST MEMORABLE EDITING MOMENT?
There are quite a few, especially because I worked in newspapers for the first chunk of my career, so some “moments” are tied to major news events.

At Maclean’s, I vividly recall being the senior editor in charge on the weekend that JFK Junior’s plane went missing. Then-EIC Bob Lewis came and said to me: “Well, do we crash the cover?” I said yes, absolutely, and we did. We wouldn’t learn until the late afternoon that Kennedy and his new wife had, as suspected, died in a crash. But even if they’d turned out to be missing, that was still one helluva story. We remade a weekly in a few hours. It was a strong magazine and an outstanding team effort.

With Allergic Living, I got to have the thrill of holding the first copy of the first magazine; there’s nothing like a fresh magazine and when you’re the co-owner, it’s incredibly special. This year, I got to have that feeling all over again, with the launch of Allergic Living’s U.S. edition. Only in some ways this was even better – since we now know what we’re doing.

WHAT MAGAZINE DO YOU THINK IS DOING AN OUTSTANDING JOB RIGHT NOW?
Has any magazine addict just picked one? I’m still hooked on Vanity Fair and Esquire; The New Yorker (for the columnists). I adore food photography and am a fan of the new Bon Appétit, along with Donna Hay and Delicious. In the women’s arena, I think Lisa Tant (Flare) and Linda Lewis (More) are impressively strong editors.